ACI marina Korčula, situated next to the historical center of the town, offers an unforgettable view of the town ringed with centuries-old stone walls. In 2013, ACI marina Korčula was awarded the prize “Tourist Flower – Quality for Croatia,” with a special award for the best island marina, for the second place in the category of the best small marina on the Adriatic, while it was awarded for the third place in the same category in 2014. The Marina has also been the winner of the Blue Flag award for many years.

Korčula is a town and harbour in the north-eastern part of its namesake island. The harbour is divided into an eastern and a western section, with ACI’s marina located in the eastern section. When approaching from Hvar through the Peljašac (Pelješki) Channel the red lighthouse (Fl R 2s 7m 4M) serves as a landmark; its exact position is 42°57.8’ N 17°08.4’ E. The marina is sighted after rounding the lighthouse and the whole of the peninsula, which is encircled by prominent town walls, with the easily visible cathedral bell tower. The entrance to the marina on the south side of the breakwater is marked by a green lighthouse (Fl G 5s 7m 4M). The safest approach from the south is by rounding the Sestrice (Fl (4) W 15s 18m 11M) and Stupe Velike (Fl (Obscd) R 3s 9m 3M) lighthouses from the north, and then using the green lighthouse in the eastern part of the town harbour (Fl G 3s 7m 2M) as a landmark. During summer storms the western part of the town harbour should be avoided. 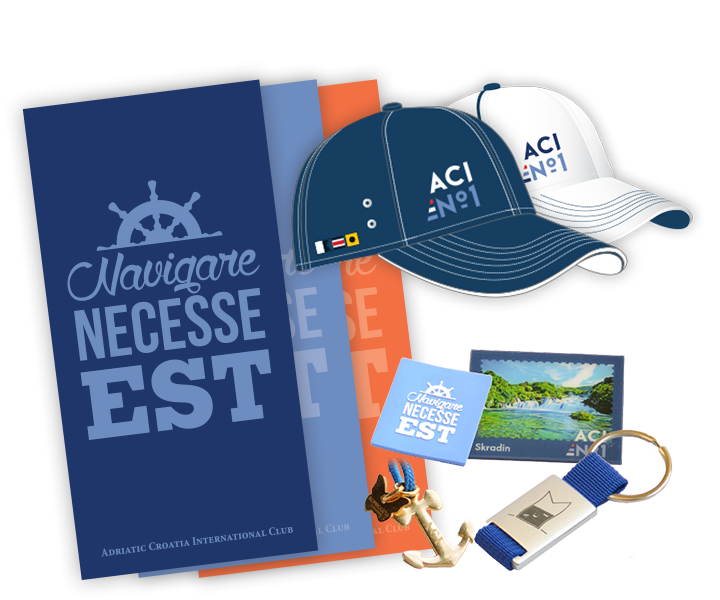 Korčula island is almost completely merged with Pelješac through the Pelješac canal. The town of Korčula, located in the northeast of its namesake South Dalmatian island, is among the most beautiful and best preserved medieval towns on the Croatian coast and in all of the Mediterranean, and is justly referred to as “Little Dubrovnik.” It still has the appearance it had at the turn of the 16th century. The same stone towers, walls, the same fishbone structure of the streets. Korčula’s town planners took into consideration both functionality and perfect harmony with nature – the streets are lined in such a way as to let the refreshing maestral from the west pass, but to stop the cold and winter winds from the northeast 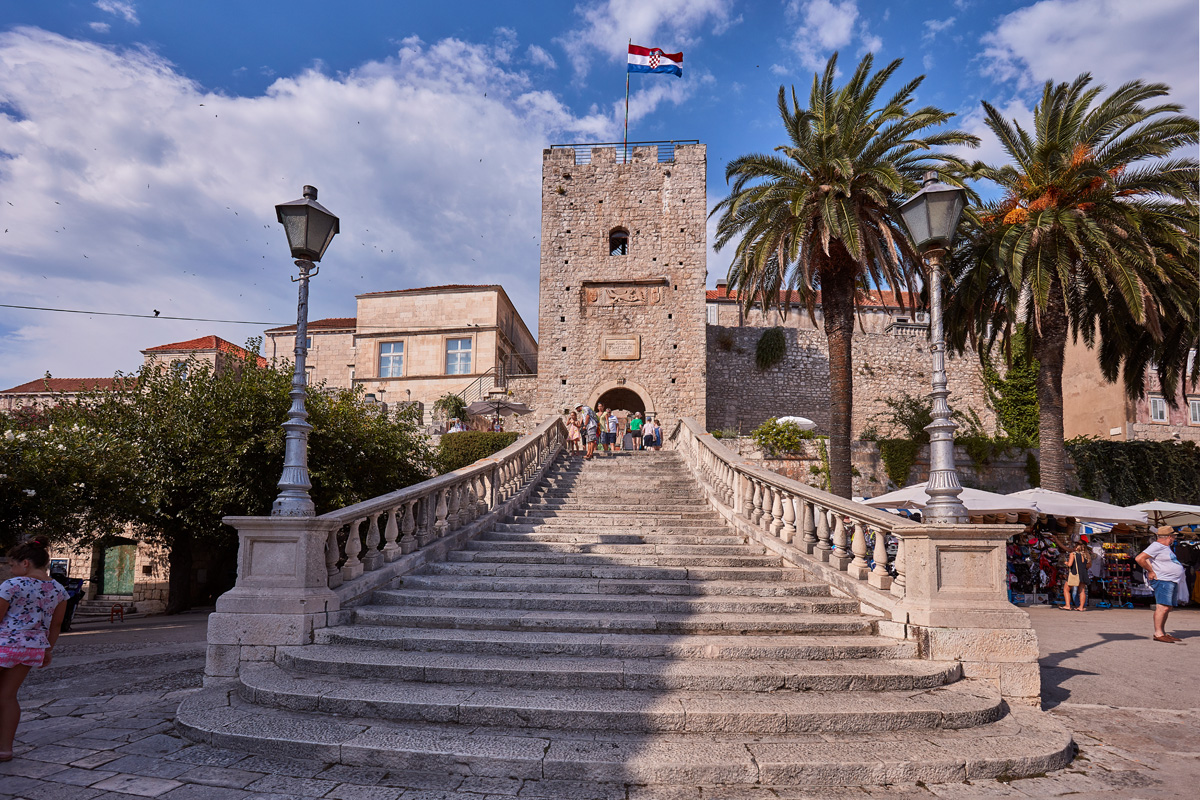 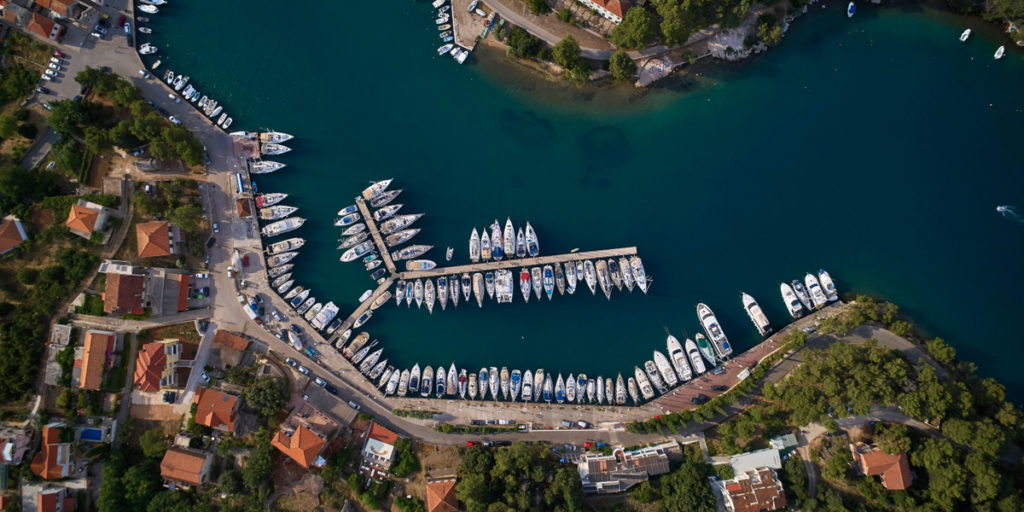 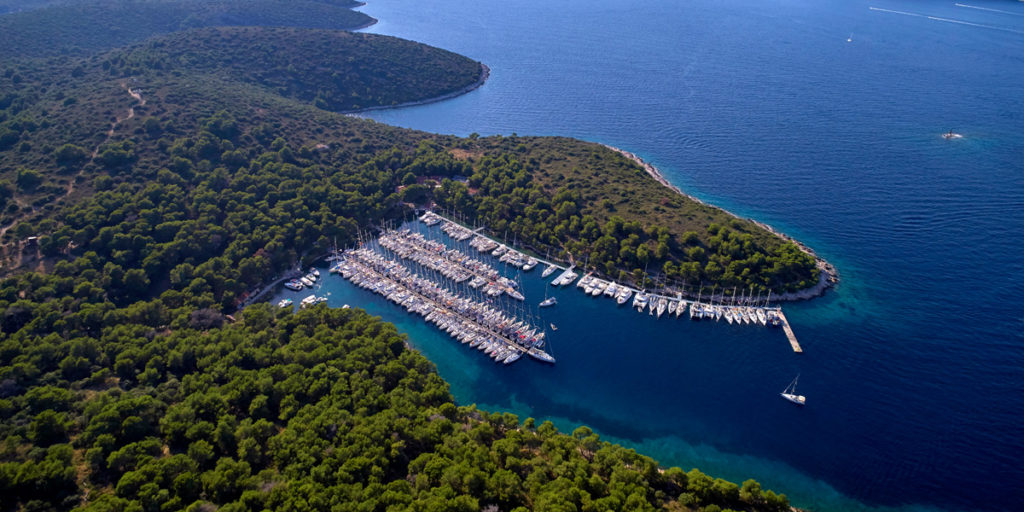 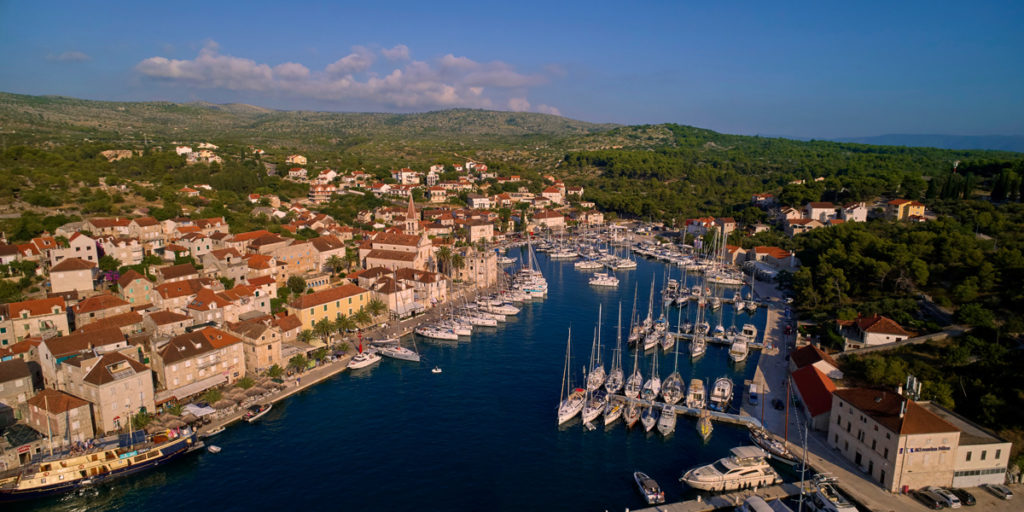